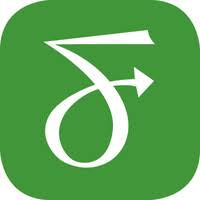 Fox Rothschild LLP is pleased to welcome Brad S. Small as a partner in the firmâs Entertainment & Sports Law Department in Los Angeles.

âWith more than 20 years of experience negotiating strategic and forward-thinking deals for his clients, Brad has positively influenced the careers of many A-level Hollywood creatives, celebrities, executives, athletes and entertainment businesses. Brad has tremendous experience in the episodic landscape and beyond, and we are excited to welcome him to our team,â said Marc H. Simon, chair of Foxâs Entertainment and Sports Department.

âJoining the team at Fox provides my clients with the backing of a full-service national entertainment and sports law department that has offices in key markets across the country. It also gives them one-stop access to high-level resources to assist with their real estate, family law and intellectual property matters, among other legal issues that often arise for them,â said Small.

Smallâs work includes the development, distribution and exploitation of entertainment properties â scripted and non-scripted â for television, film, theater and digital. He handles sophisticated and complex business and financial transactions related to a broad range of intellectual property, and leads negotiations with TV networks, streaming services, production companies and studios over the financing and purchase of content.

Small earned his J.D. from the University of California, Los Angeles, School of Law and his B.A. from Brown University.

Prior to joining Fox, he was a partner at Rosenfeld, Meyer & Susman LLP.